The popular Pakistani application Vidly TV has been banned in India because of the release of its new web series Sevak. The Indian authorities are of the view that the theme of the web series shows Indian brutalities on the minorities which is against the integrity of India. Almost all the Indian publications have posted the news of the ban of Vidly App. A few publications drew attention of authorities towards the web series. The web series features real stories of Sikhs. Here is what Indian authorities say, “Using emergency powers under IT Rules 2021, India reacts to the “Sevak:The Confessions” webseries and bans Vidlytv. The web series is an action thriller based on true events around minority discrimination in India!!”. Here are all the screenshots of the posts by Indian websites and publications. 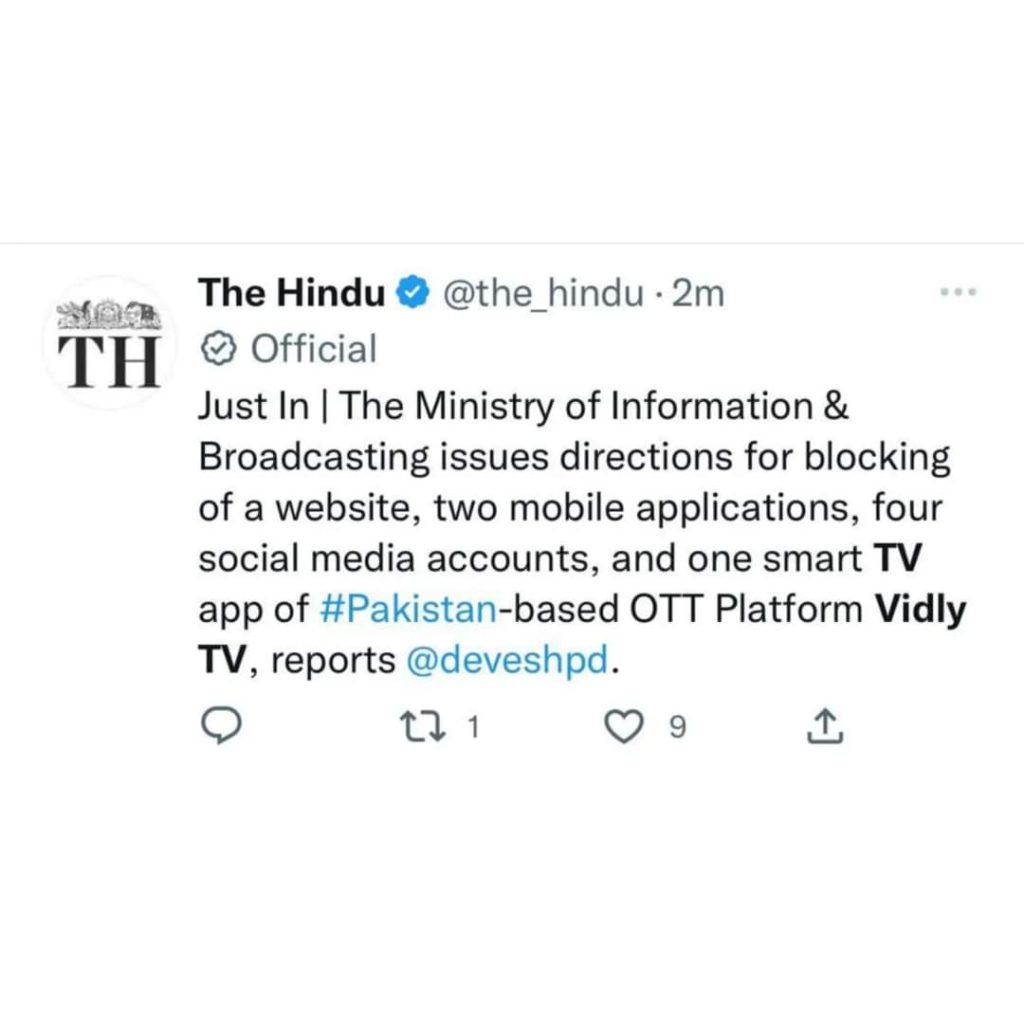 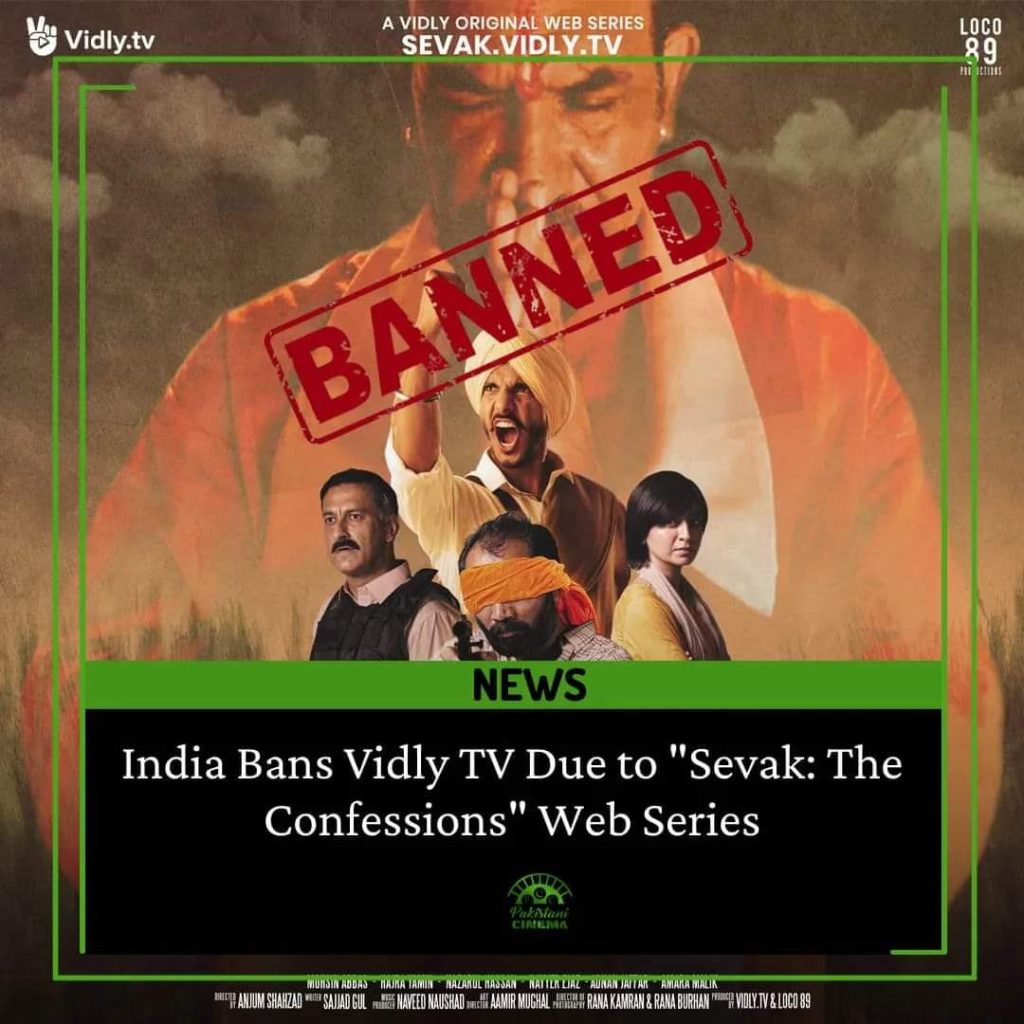 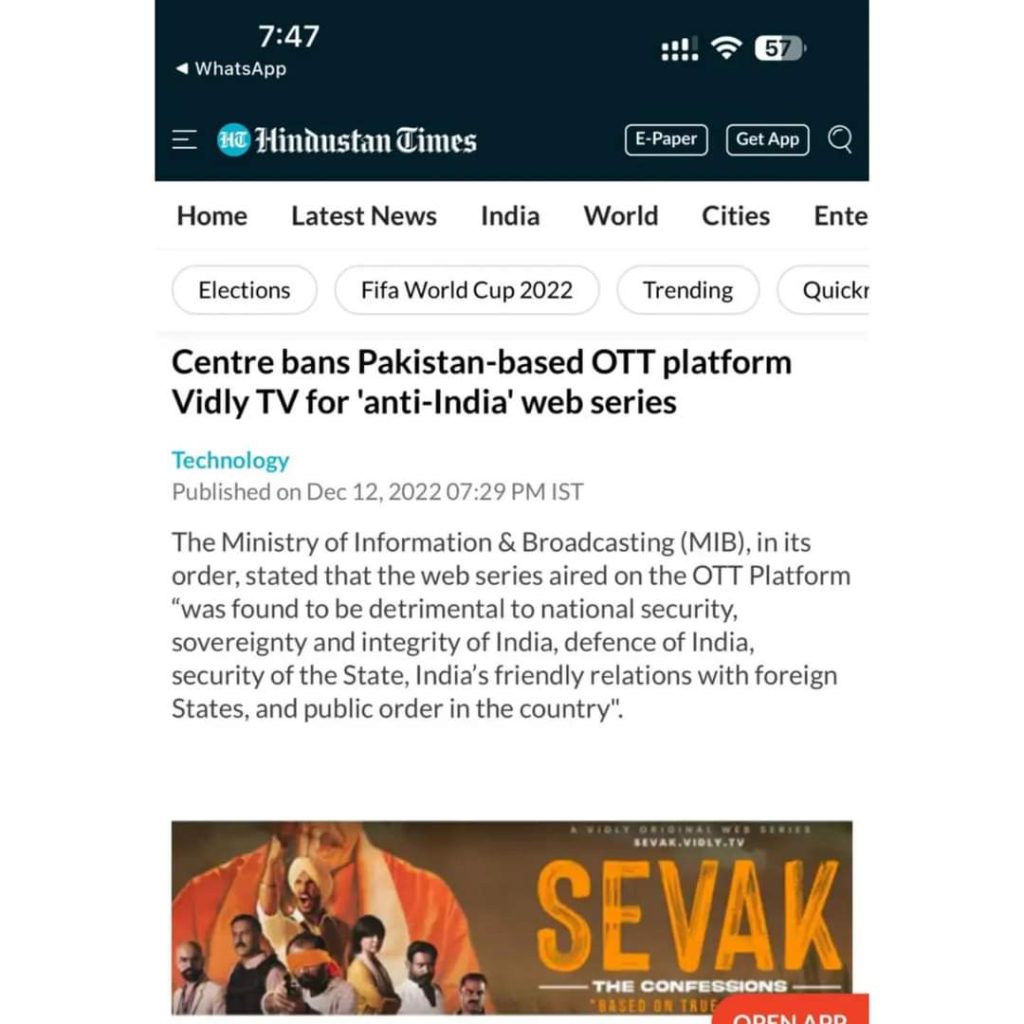 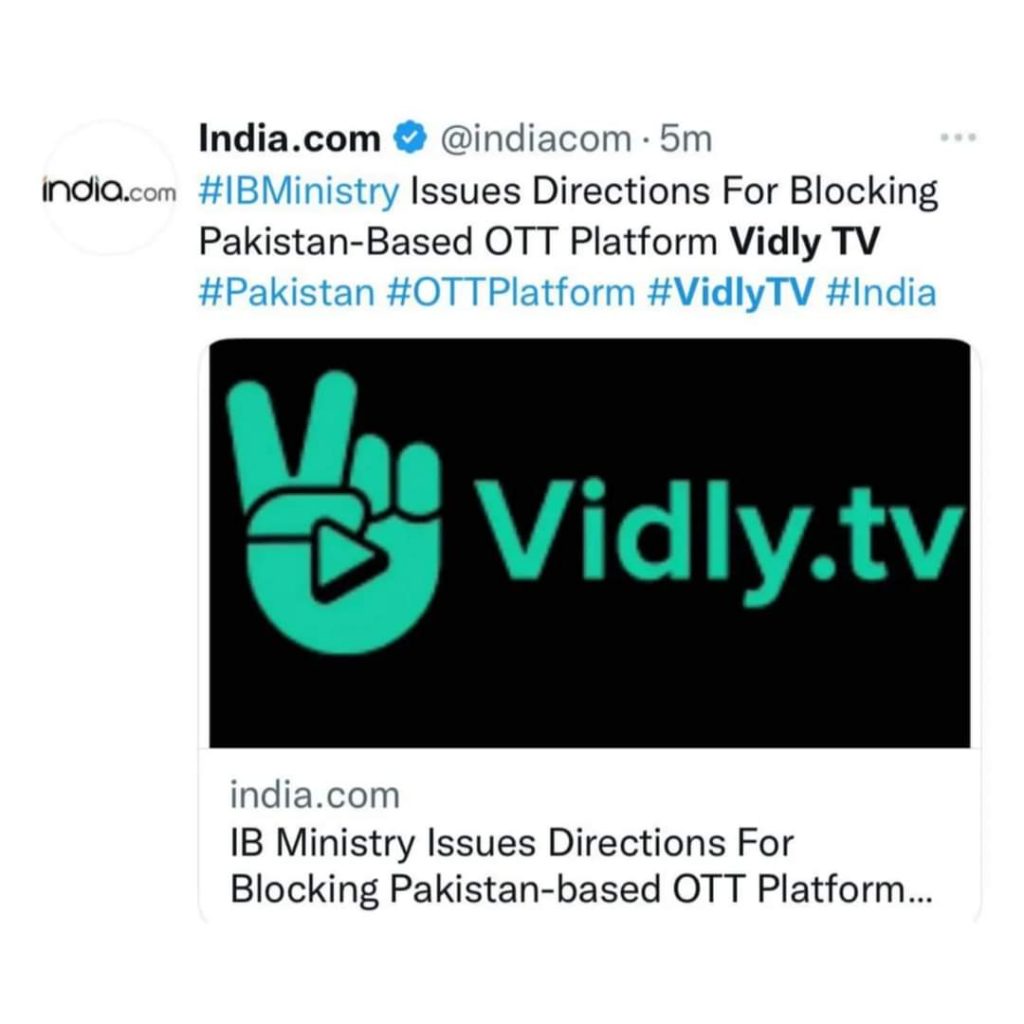 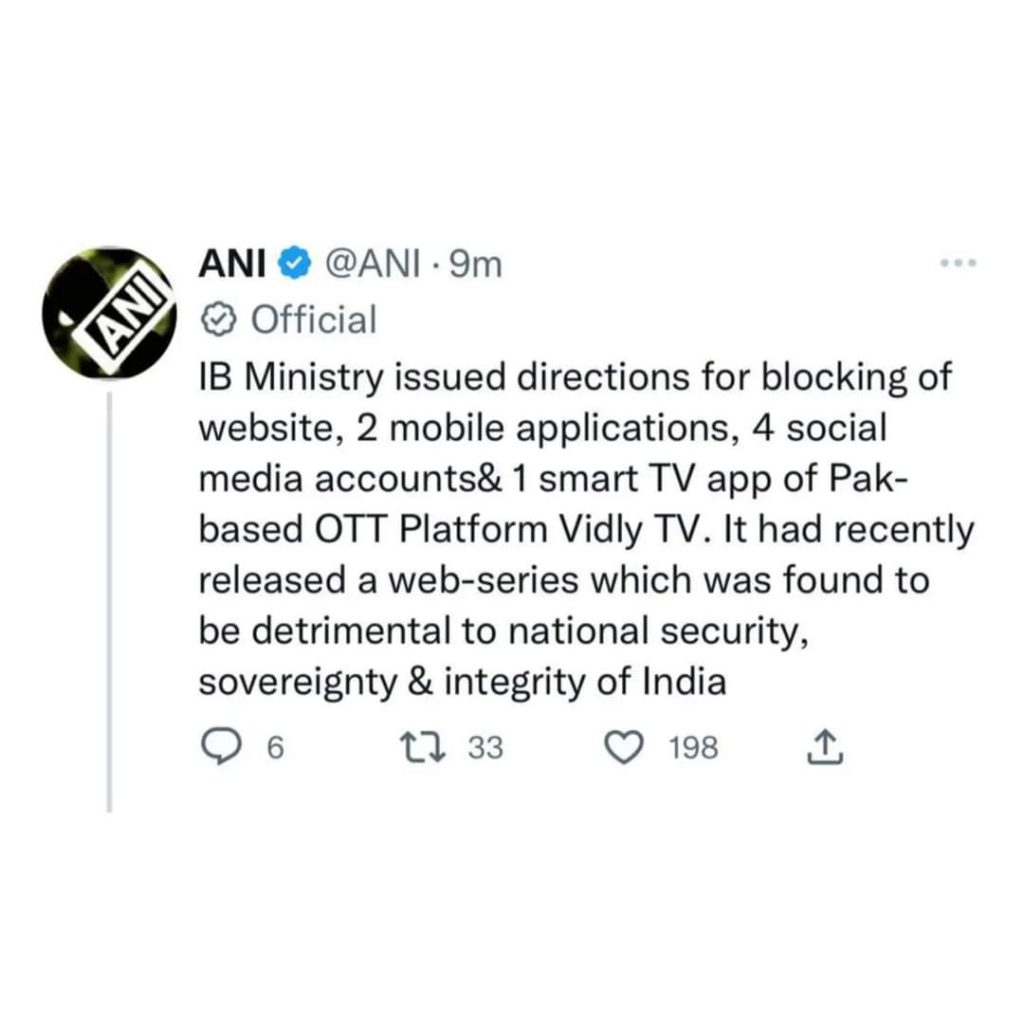 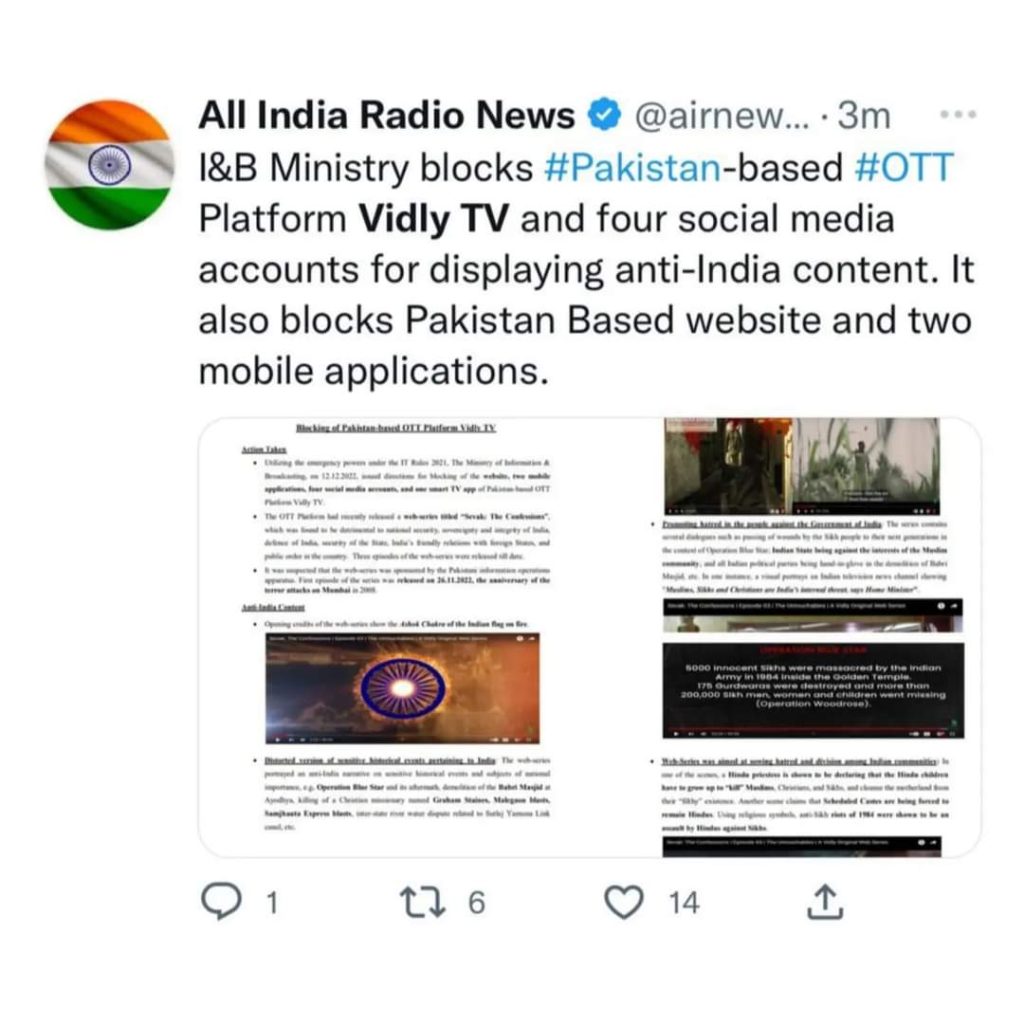 Sevak is a Pakistani Web series which has been produced by Vidly. The series is directed by ace director Anjum Shehzad who is famous for his popular film Mah-e-meer. Web series Sevak is a Vidly original production and it is featuring true events that happened in India. Starting episodes of Web Series are available on Vidly. The cast of the web series include Nayyar Ijaz, Mohsin Abbas Haider, Adnan Jaffer, Hajra Yamin, Nazar ul Hassan, Fahad Hashmi and many other talented actors.