Khalil-ur-Rehman is on fire these days. First, he abused Marvi Sarmad on a live television show, now he is abusing her on social media. He has been interviewed by many journalists in the past few days and everyone wants to know when he will apologize. Geo Entertainment and 7th Sky suspended four dramas and one film script contract until he apologizes for his disrespecting behavior. But Khalil-ur-Rehman is a shameless man who is not even sorry for what he said. He clearly said, “I am not ashamed of what I said to Marvi and I won’t apologize.” 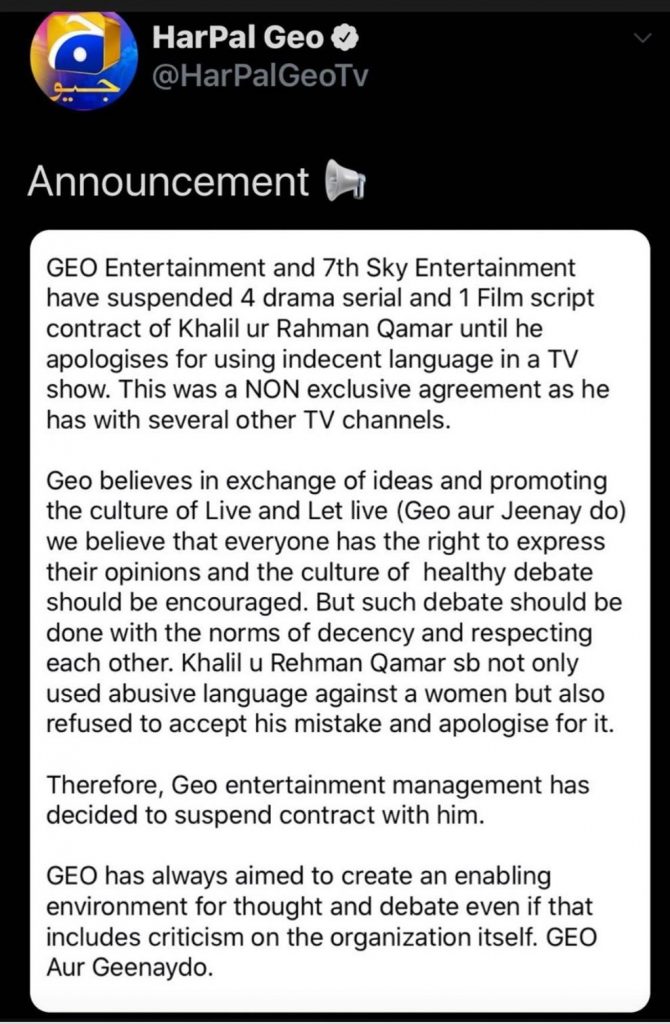 During an interview, Khalil told the interviewer that his wife won’t let him enter the house if he loses the battle. He cursed Marvi on a camera and called her a bad character lady. His exact words were, “I will commit suicide or murder myself, but will never apologize to her.” Khalil further responded to Geo’s statement of suspending him. He said that he will cancel all the contracts with the channel and will not work with them in his entire life. What do you all think of Khalil’s behavior? Tell us in the comments section below.