Sports bring the world together. Since centuries sports have provided outlet to people to enjoy breaking the monotony in their lives and grow more and more with the spirit that comes with sports. FIFA World Cup is the biggest sporting event in the world with people from over two hundred countries waiting for the new champion to be crowned. With Morocco reaching the semi finals this year, Muslims from countries where football is not as big as cricket as well as small African nations are also showing full interest. Also FIFA World Cup 2022 is the last World Cup of two biggest players in the world: Cristiano Ronaldo and Lionel Messi. It is being held in Qatar making it more accessible to Asians and Africans alike. Though football is not as big as cricket in Pakistan but it has a lot of fans in the country with Lyari being the hub of football. Many Pakistani celebrities have also been spotted at the FIFA this year and some of them are Mahira Khan with brother Hissan Khan, Syed Jibran with son Yoel Syed Jibran and Adeel Chaudhry. Here are our own stars celebrating football at the FIFA World Cup 2022 in Qatar: 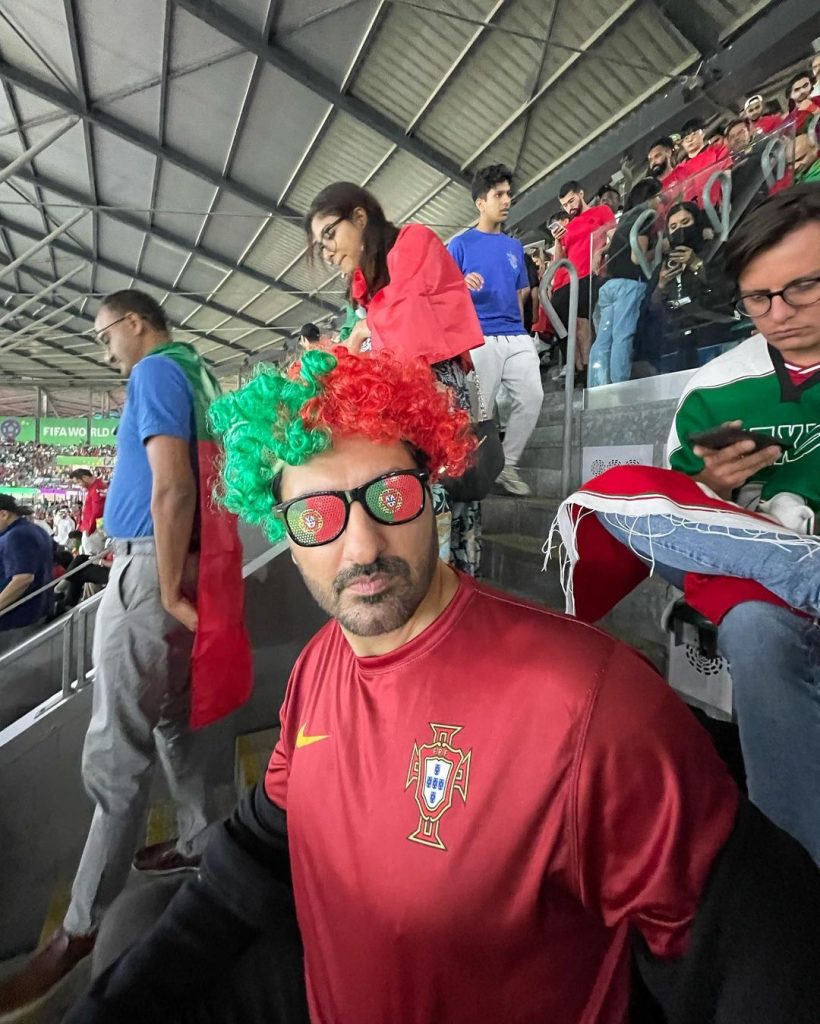 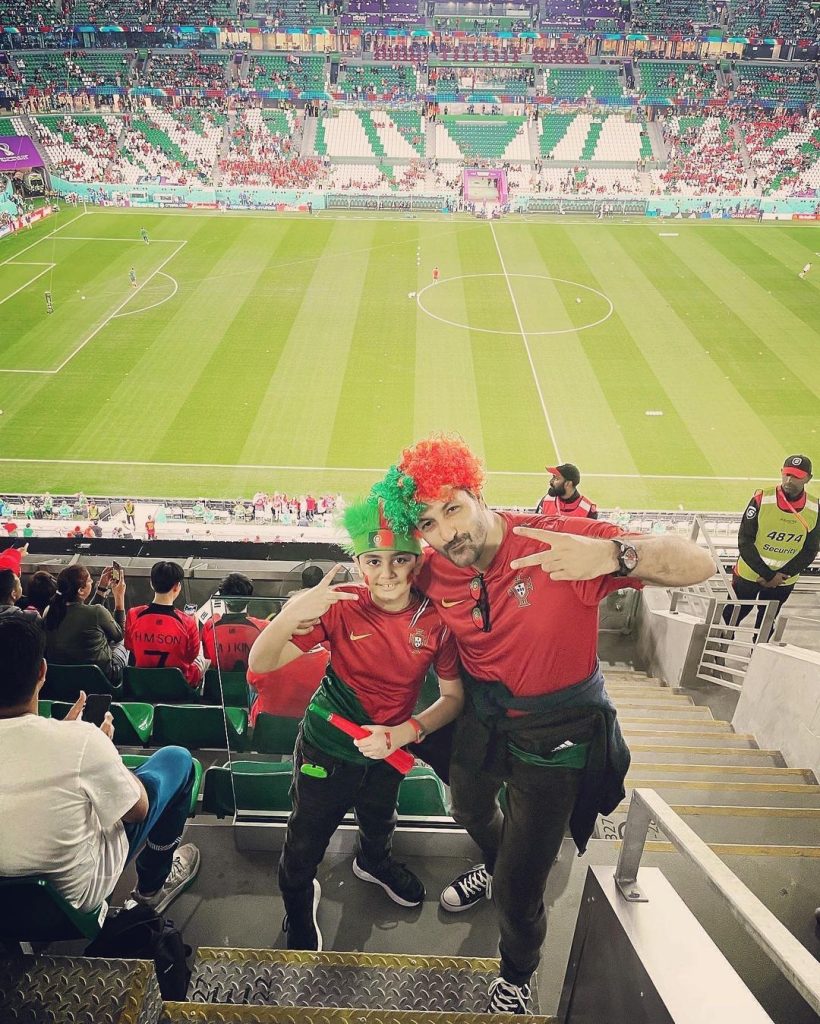 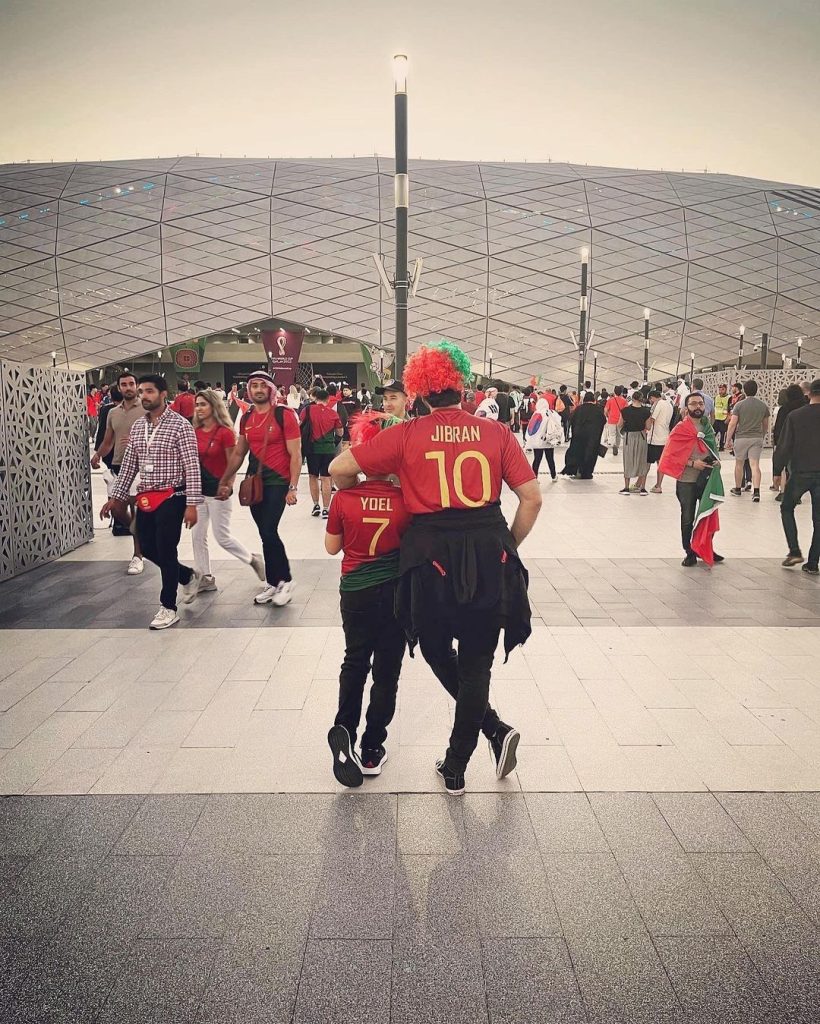 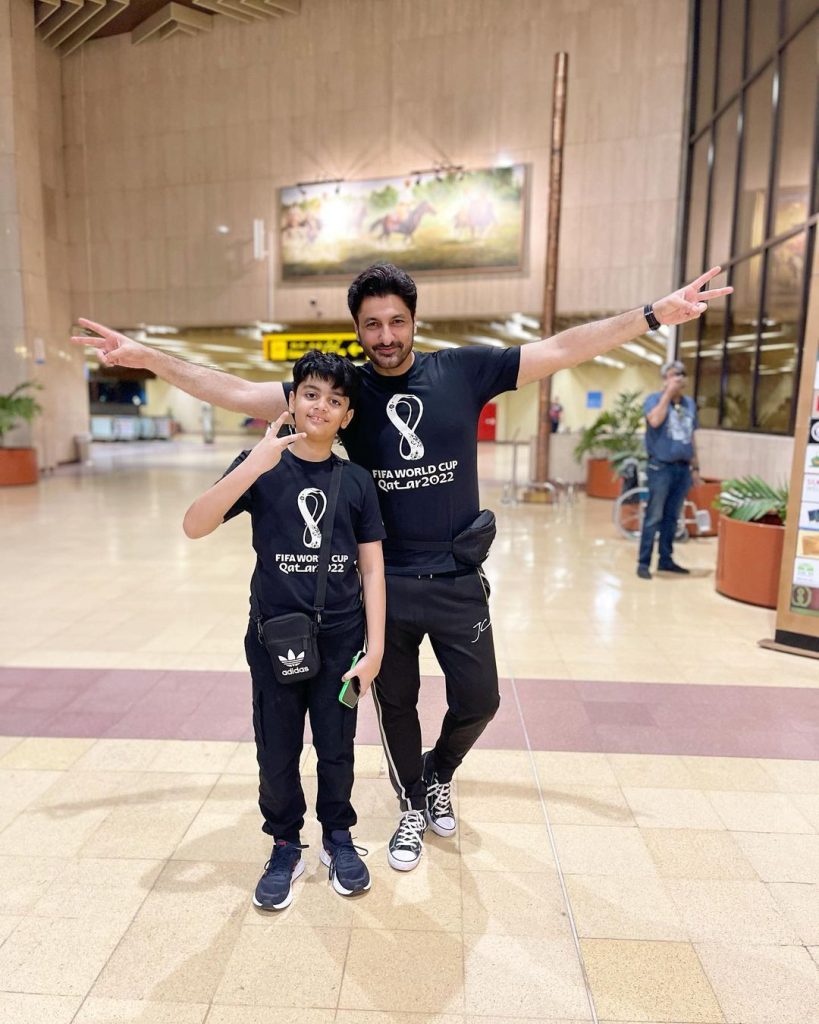 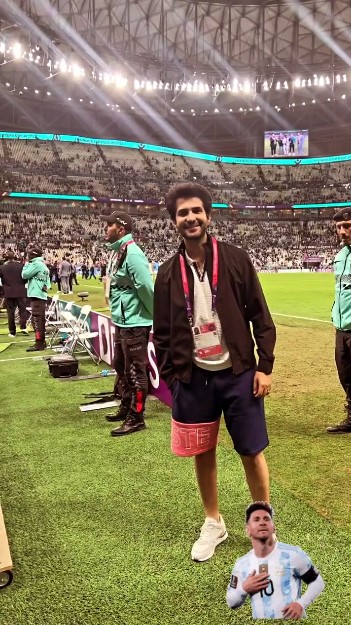 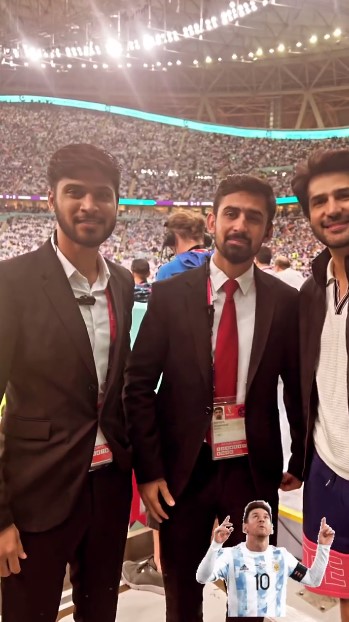 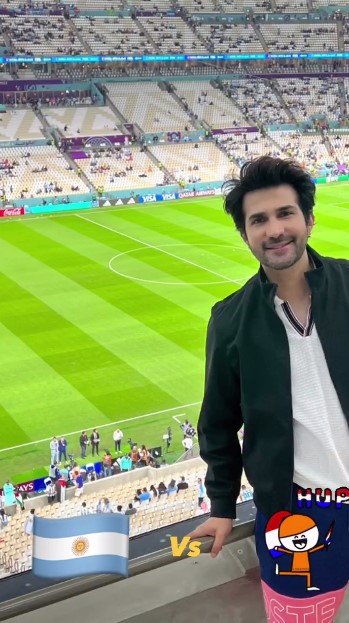 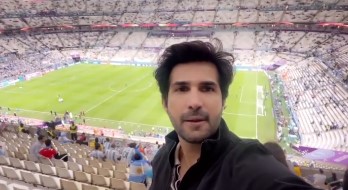 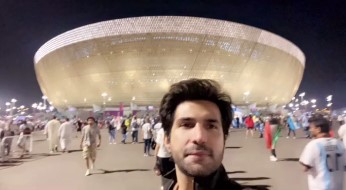 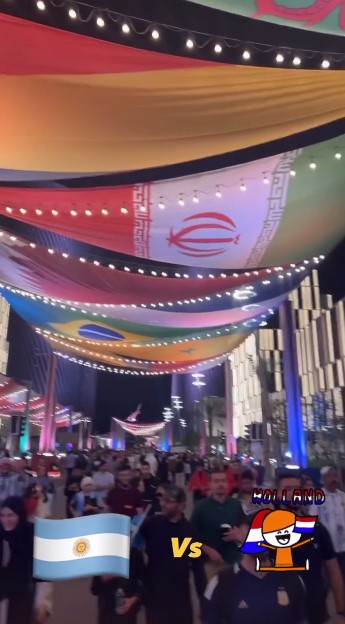 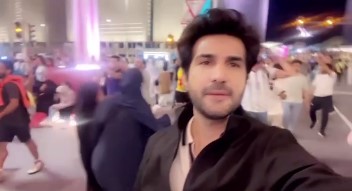 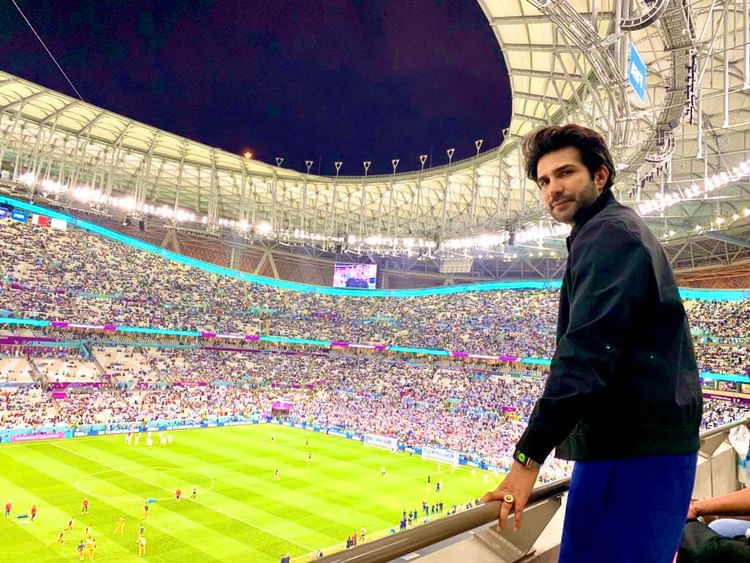