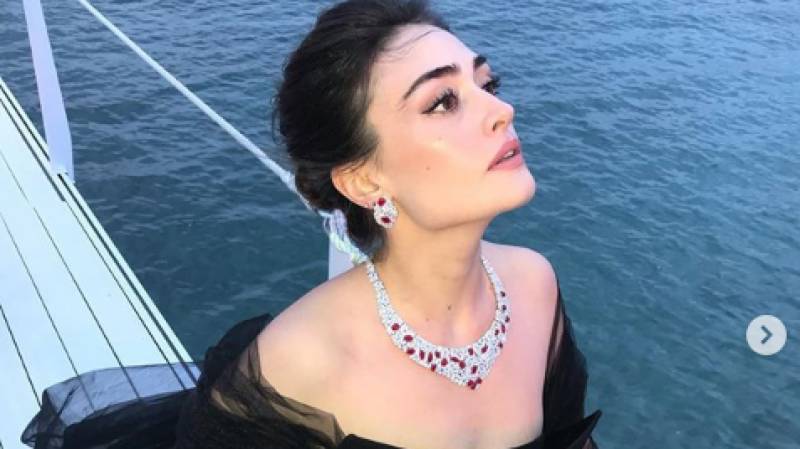 Turkish superstar Esra Bilgic delights fans as her stunning pics. Turkish superstar Esra Bilgiç took to social media to dazzle fans with her recent photoshoot. The Ertugrul star looks stunning in her latest shoot for Turkish magazine ALEM. Dirilis: Ertugrul is a very popular show in Pakistan. The Turkish historical epic has a huge fan following here. The stars of the hit TV show have become household names in Pakistan. One of the biggest stars to come out of the series, besides Engin Altan Duzyatan, is the beautiful Esra Bilgiç. Recently what we have seen surfacing on the internet is much news

Locally Manufactured Vaccine Will be Available in a Few Weeks: Asad Umar

Anoushay Abbasi vacationing in the Northern areas of...

Maya Ali Almost Ended Up a Film With...

Bride To Be Minal Khan Plays Her Desi...

Ayeza Khan Is a Diva Dreamy Shoot For...