Popular drama serial Ehd-e-Wafa has introduced many talented actors. One of them is Naeema Butt who played the role of Shariq’s sister. 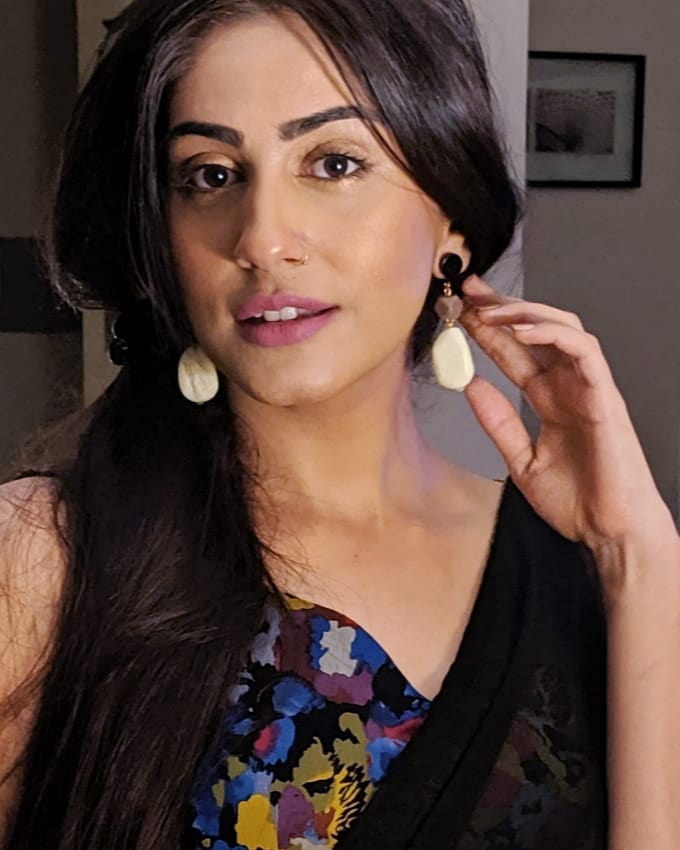 Naeema Butt played the role of a simple and innocent girl. She won millions of f hearts for her breathtaking eastern looks and superb acting. 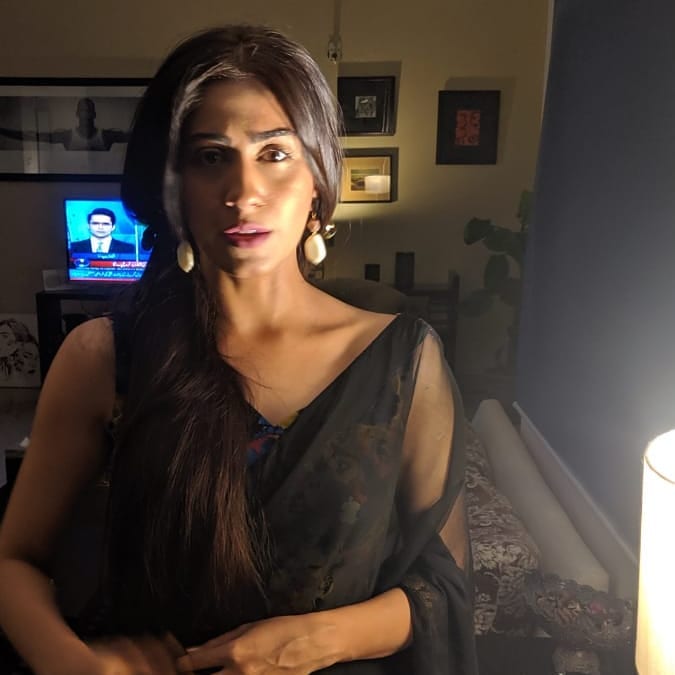 The Ehd-e-Wafa star shared on her social media about her first drama serial i.e Ehe-e-Wafa.

Naeema Butt shared, “Ehd-e-Wafa is my first drama serial. While most of the female actors of my age would reject this role, I just opted for it.” 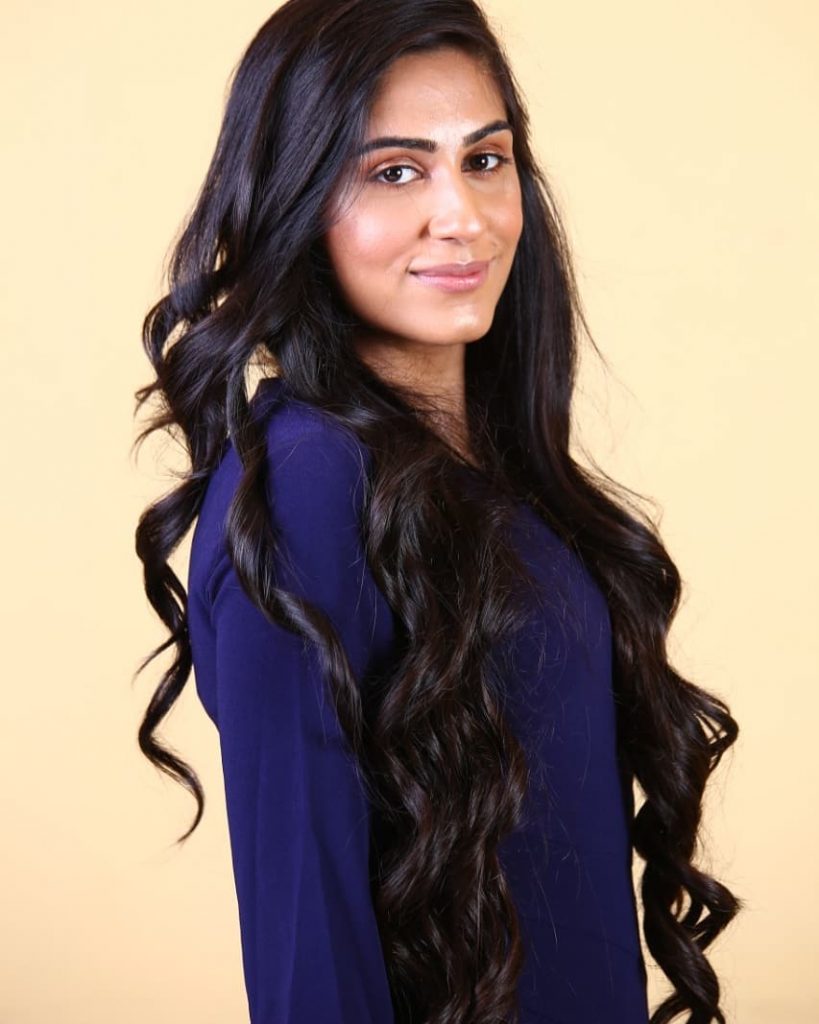 “I am a method actor and I believe in sincere and emotional expression of the performance,” she said. 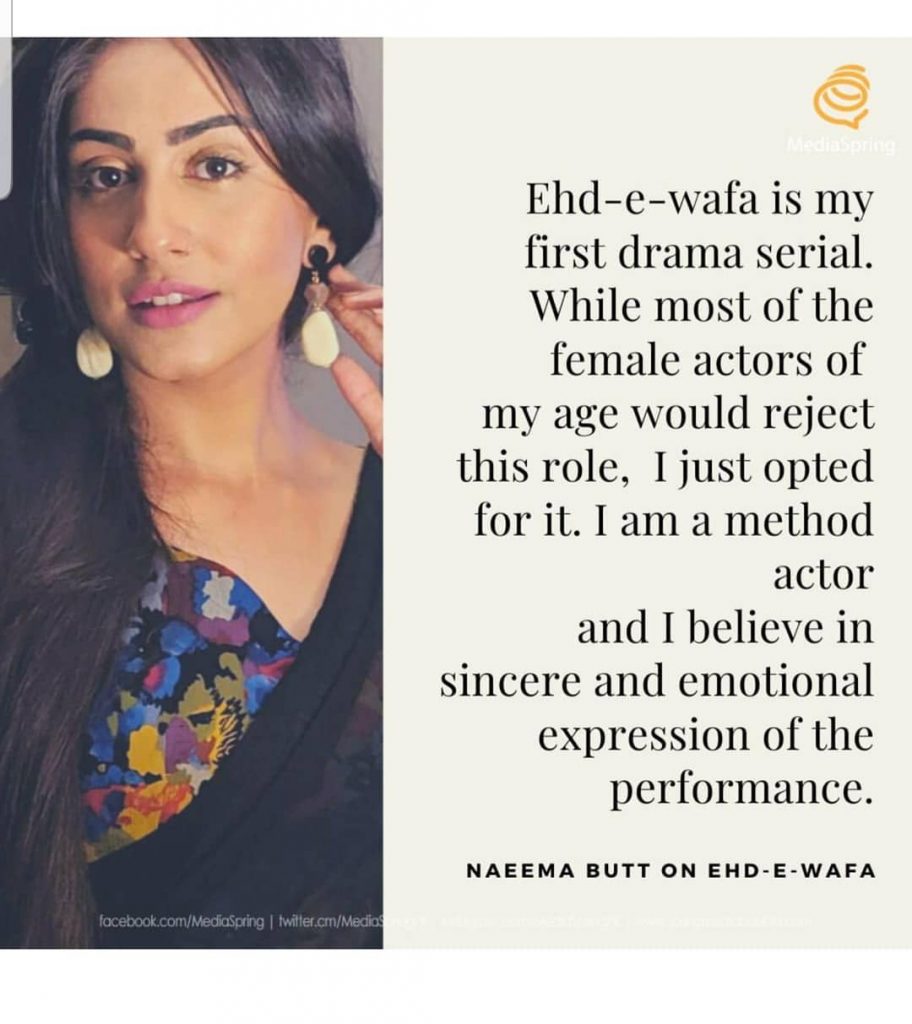 The talented actress played a side role in Ehd-e-Wafa but she has managed to make her place and people simply adore her. 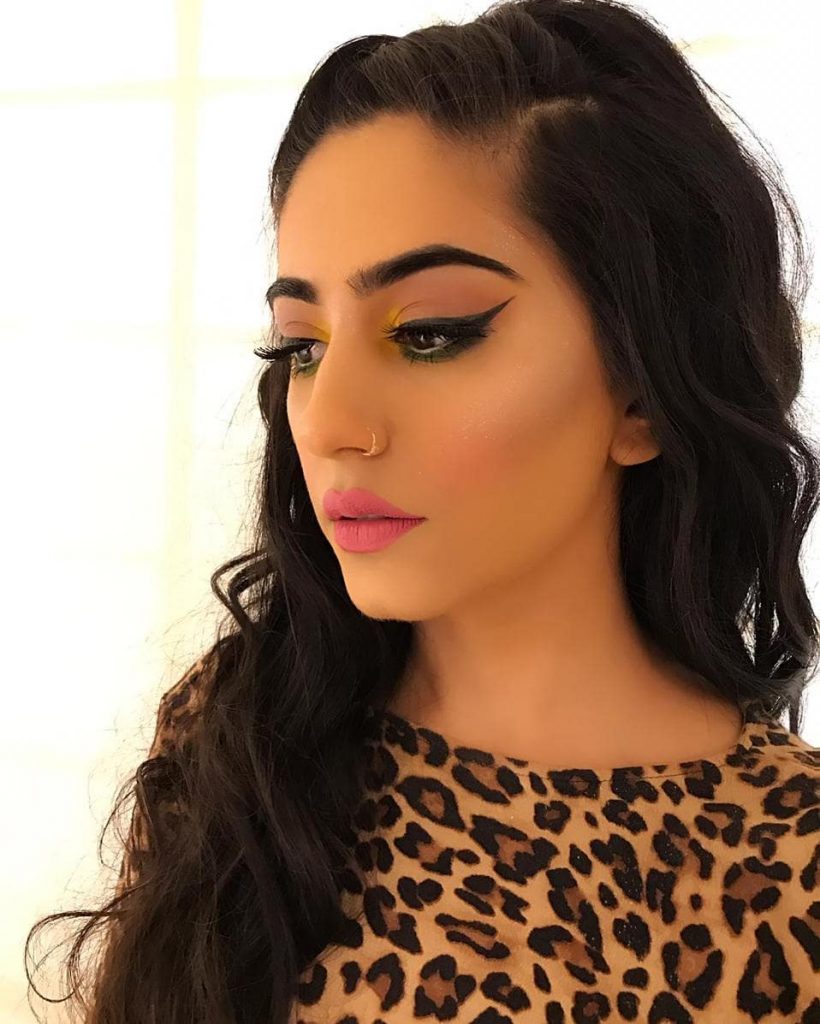 She is also an international theatre artist and a social activist. Naeema Butt has worked with various theatre organizations in Washington DC, New York and Pakistan as well.