Ayeza Khan is one of the most beautiful and stunning faces of Pakistan Media Industry. Ayeza Khan is famous ever since she joined Media Industry. Ayeza Khan became the most anticipated actress after her super hit drama serial Meray Pass Tum Ho people are now eagerly waiting to see her again on their screens. Ayeza Khan has not been starred in any film yet. She even got offer from Bollywood but because of the crises between the countries she couldn’t pursue the offer. Ayeza Khan has not worked in any Pakistani Movie as well. She often states the reason that she is waiting for a script that will hit her heart. In one of her interview she said that she is afraid to see herself on big screen. Ayeza Khan’s new venture in which she is starring with her husband Danish Taimoor is all set to hit our screens and we cannot wait to see our favorite couple together on screen. Ayeza Khan took Instagram to share pictures from her latest photo shoot for Hifsa Khan Saloon. Ayeza Khan is wearing this stunning attire from Ali Xeeshan Theater Studio. She is wearing this substantial jewelery from Farhat Ali Jewllers. And these alluring photographs are captured by Azeem Sani. Let’s have a look at these beauteous photographs of Ayeza Khan’s latest bridal photo shoot: 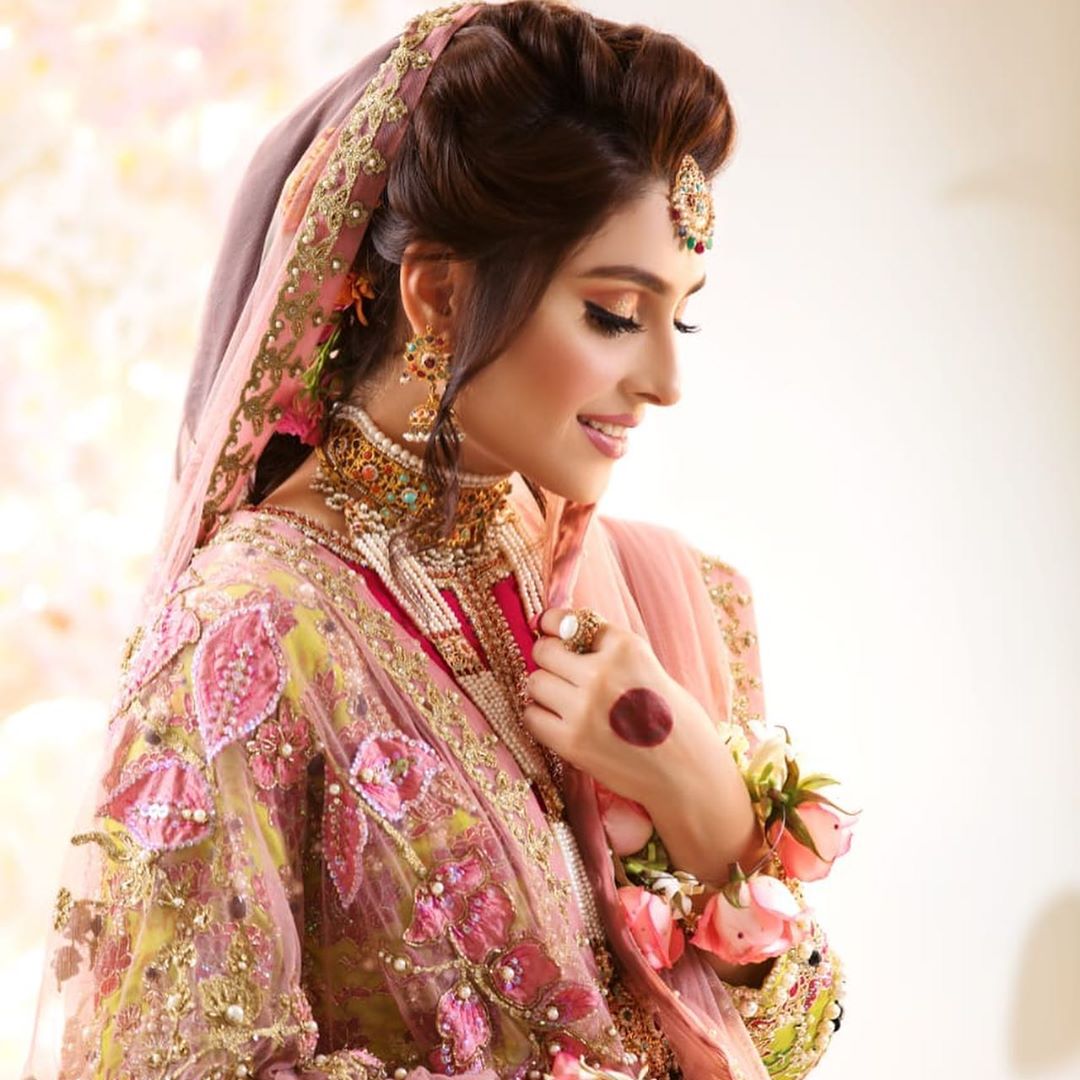 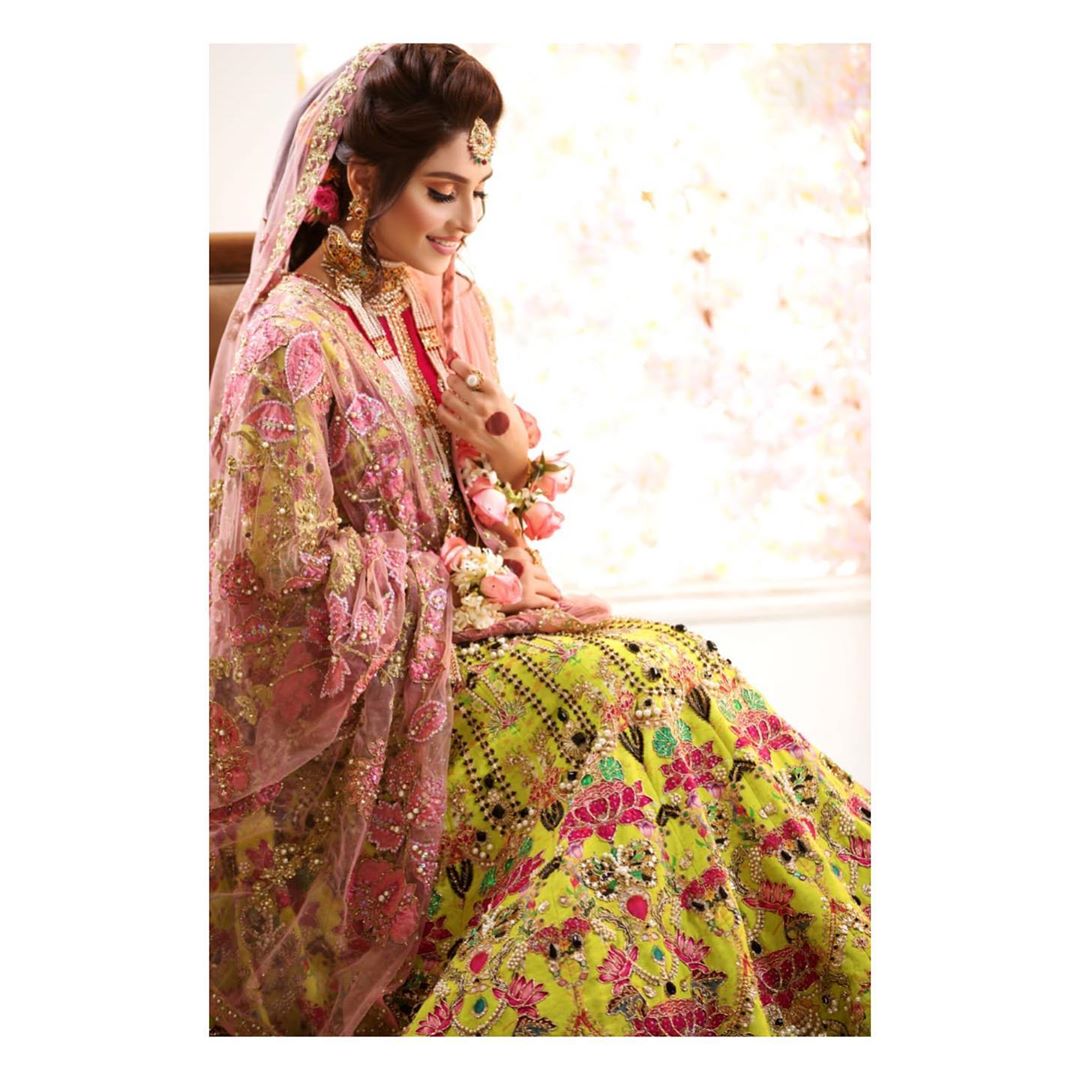 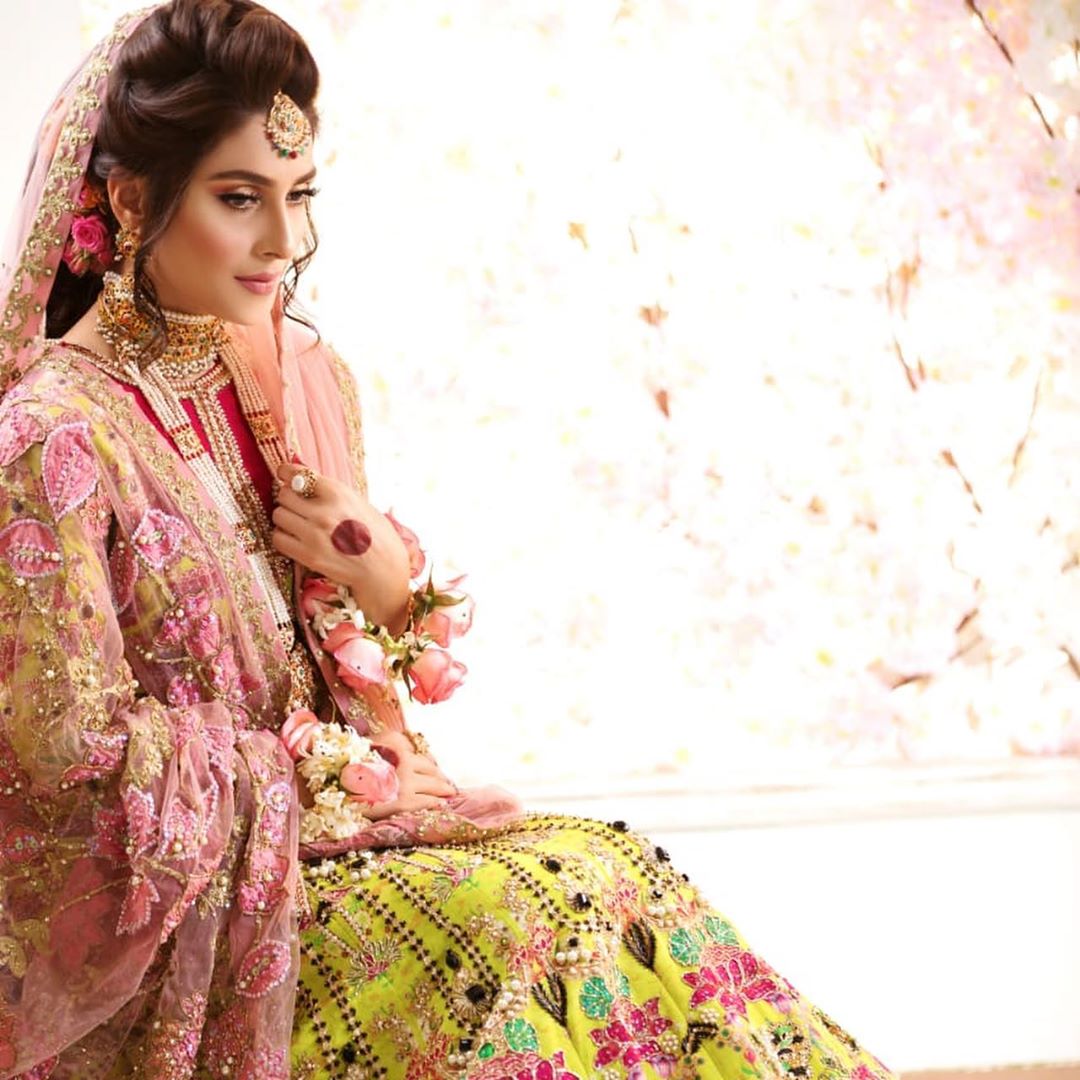 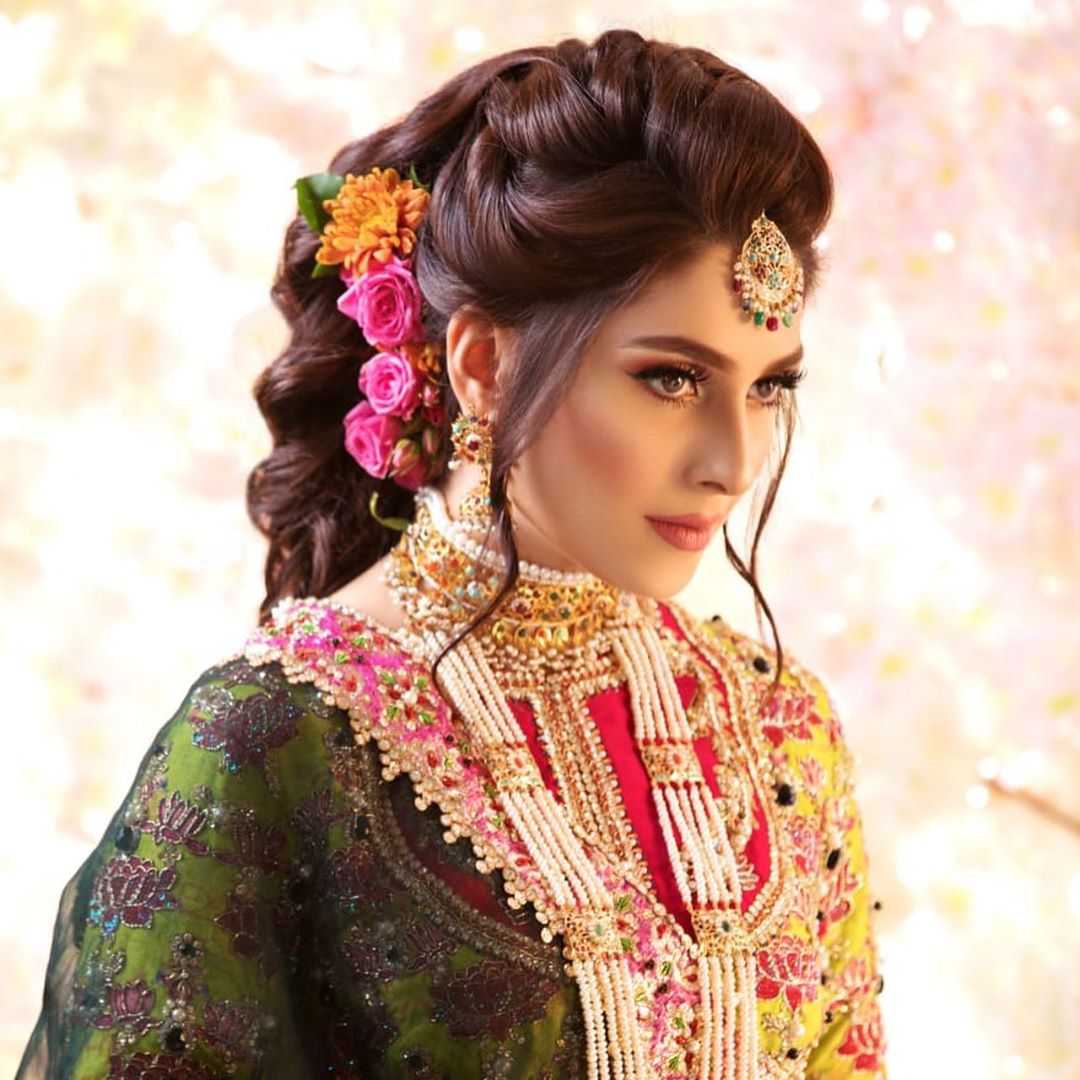 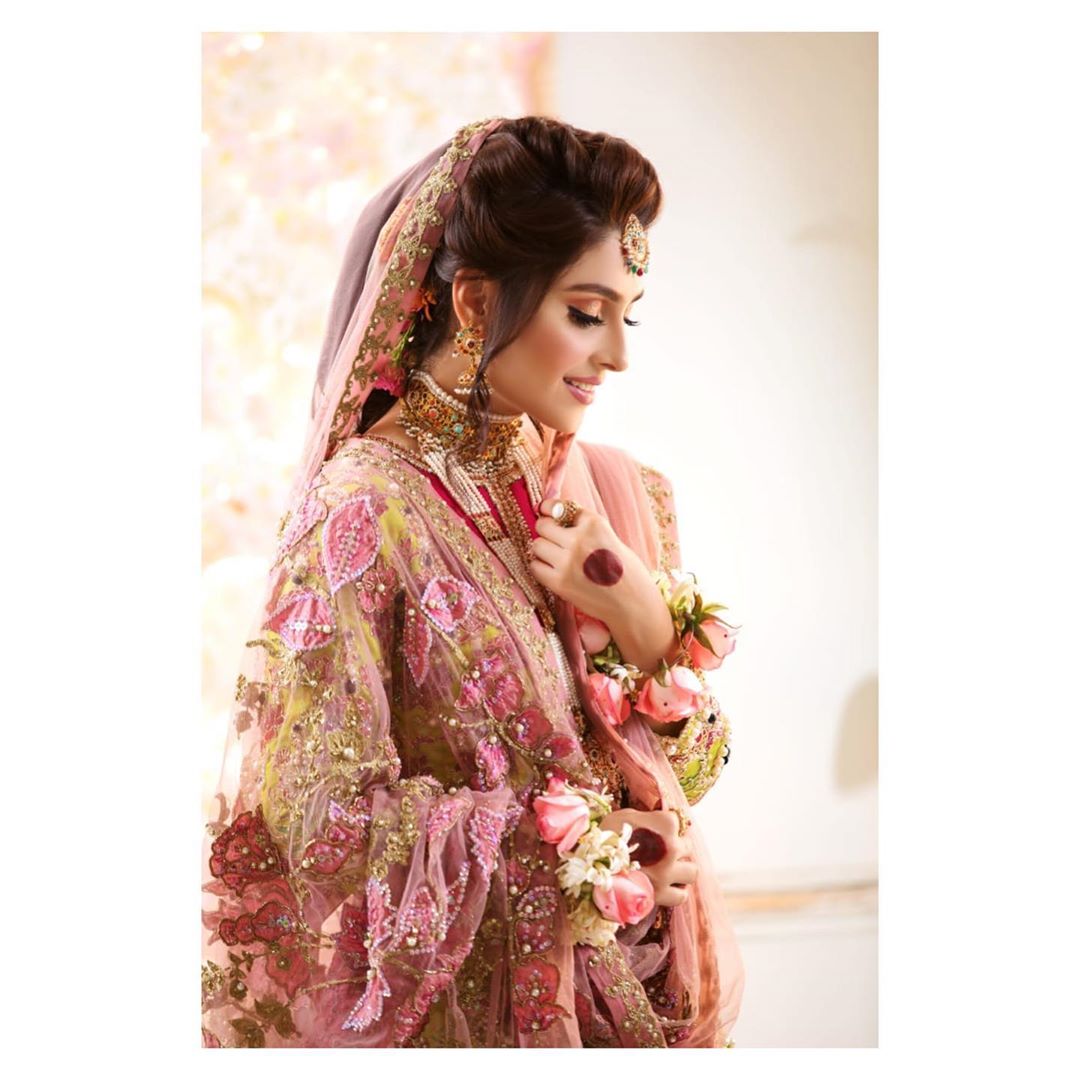 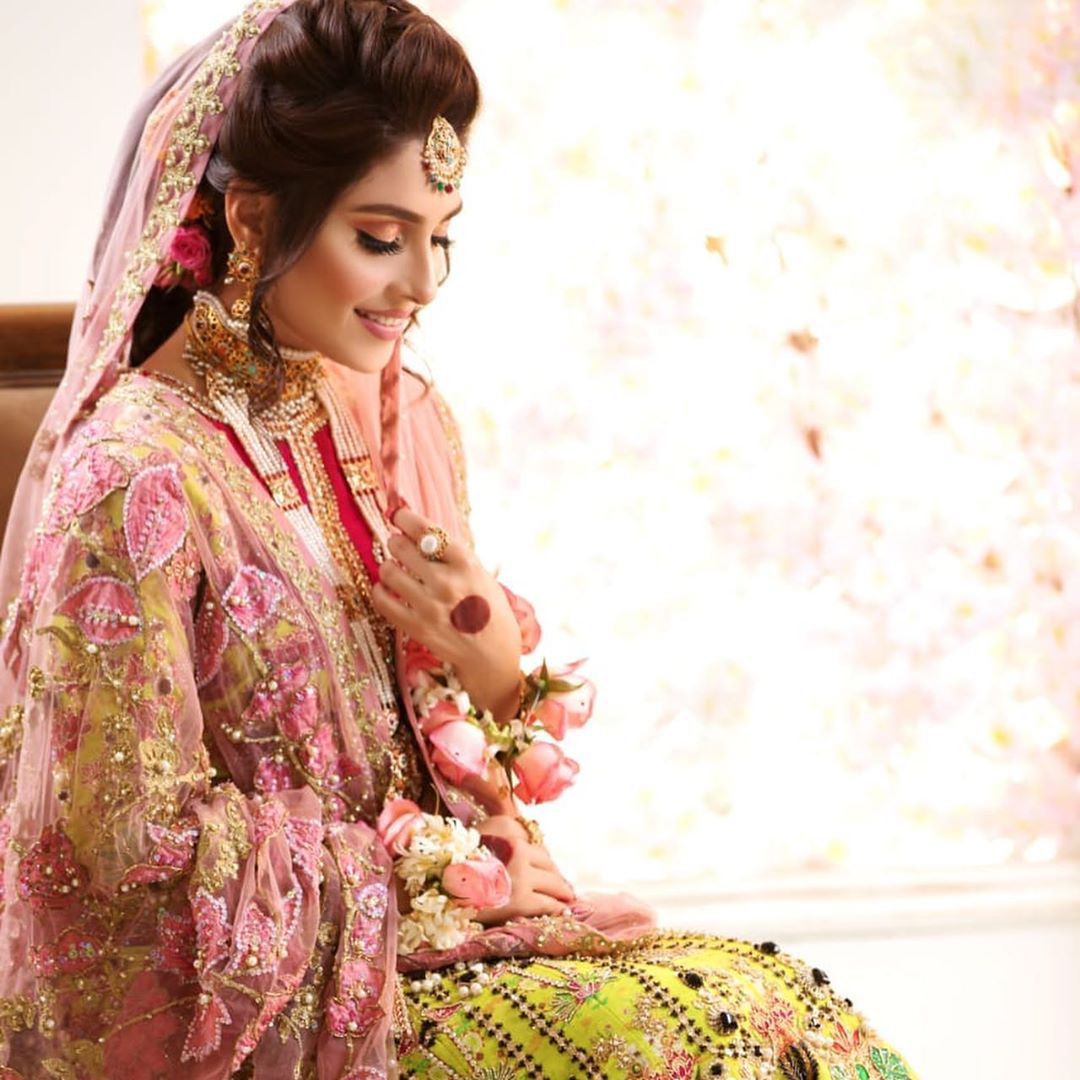 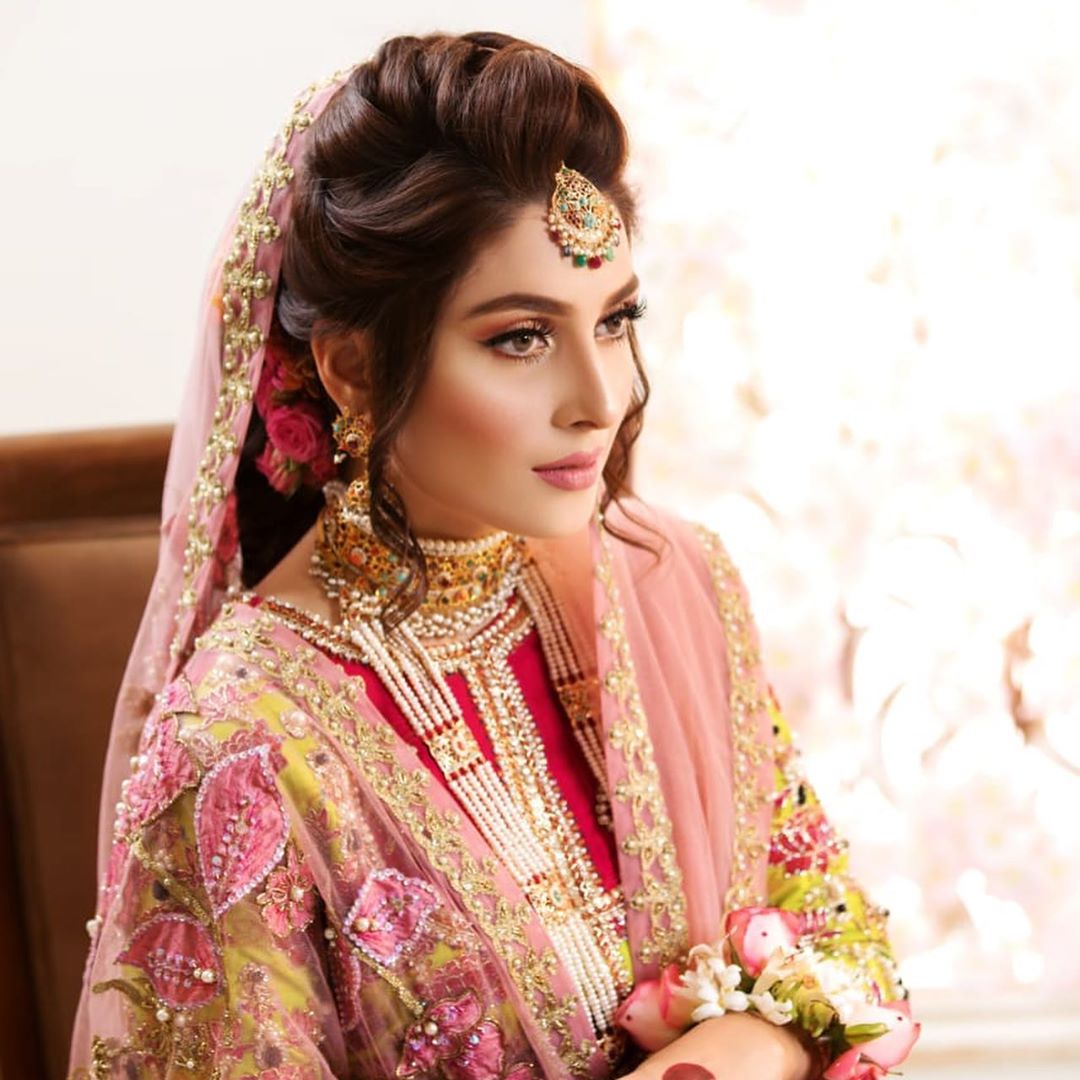 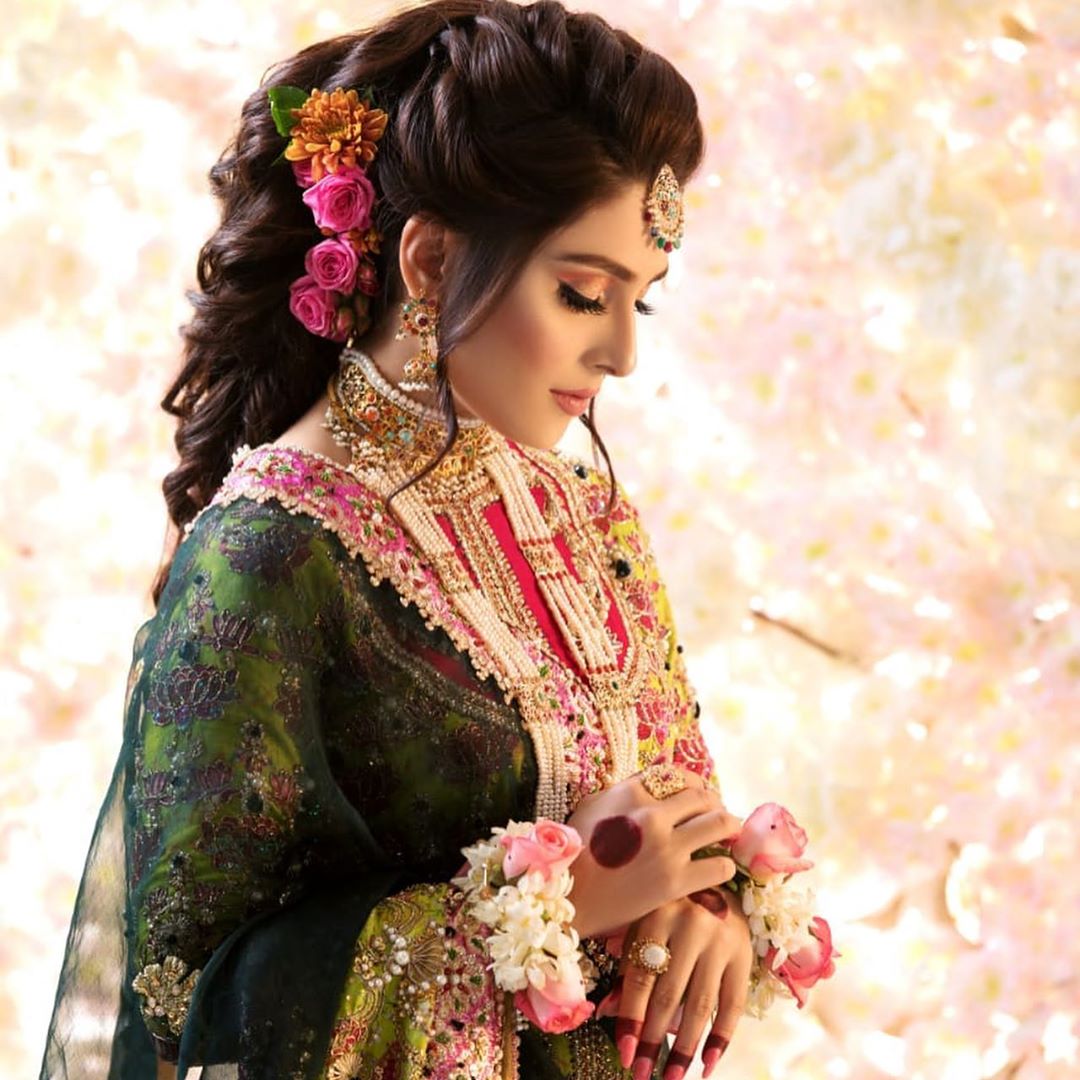